In today’s Iconic Roofs entry, we will be learning about the cathedral of Notre Dame, which this year made headlines after a fiery blaze engulfed much of the building, which could cost upwards of $1bn to restore. Our article will detail more about the origins of the building and its construction and architecture. 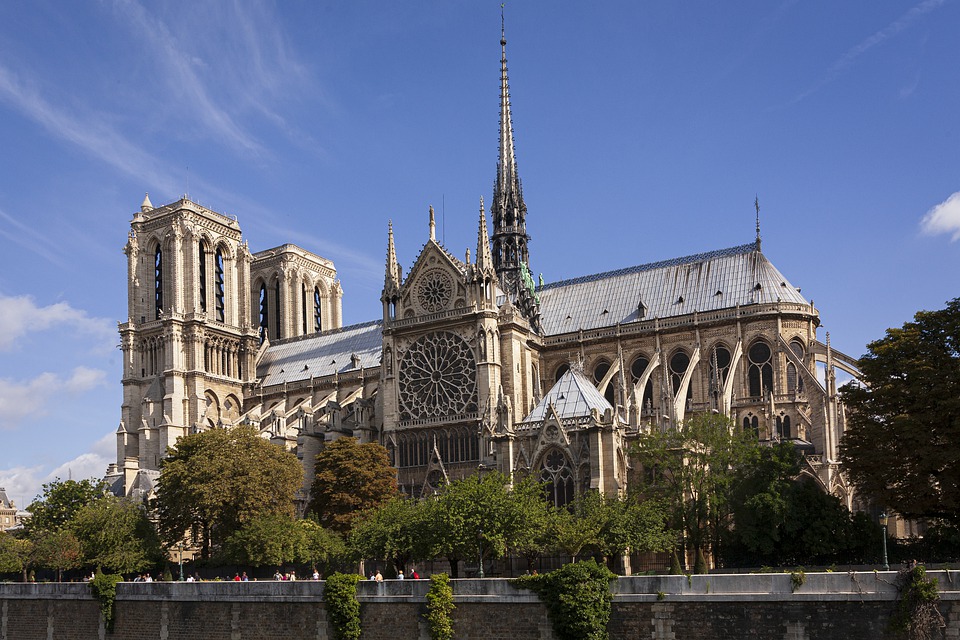 Notre-Dame de Paris, to give the cathedral its full name, translates to Our Lady of Paris. It is the most visited monument of the capital of the most visited country in the world and holds much significance as a part of French history and the Catholic religion. Over 13 million visitors pass through Notre Dame’s doors each year, averaging at around 35,000 per day. Its construction began in 1160 and was not completed for another 100 years – to say that this was a time without much in the way of roof edge demarcation would be an understatement! Cathedral construction was a dangerous pursuit, and many masons, whether master or apprentice, fell from scaffolding or were struck by falling debris. By 1260, plenty would have been killed in construction accidents.

Notre Dame was not ready made but improved upon many times over the centuries, with additions such as fountains and towers. In the French Revolution of 1789, the cathedral suffered much damage – statues of various kings, both French and Biblical, were beheaded and ancient treasures were plundered or destroyed. The cathedral was put under control of the new government until Napoleon Bonaparte returned it to the Catholic Church in 1801, in whose hands it remained until 1905. The government considered its demolition in 1831, but the publishing of the book The Hunchback of Notre Dame gave it such an iconic status that it was saved. The cathedral was renovated and maintained until the fire of April 2019. 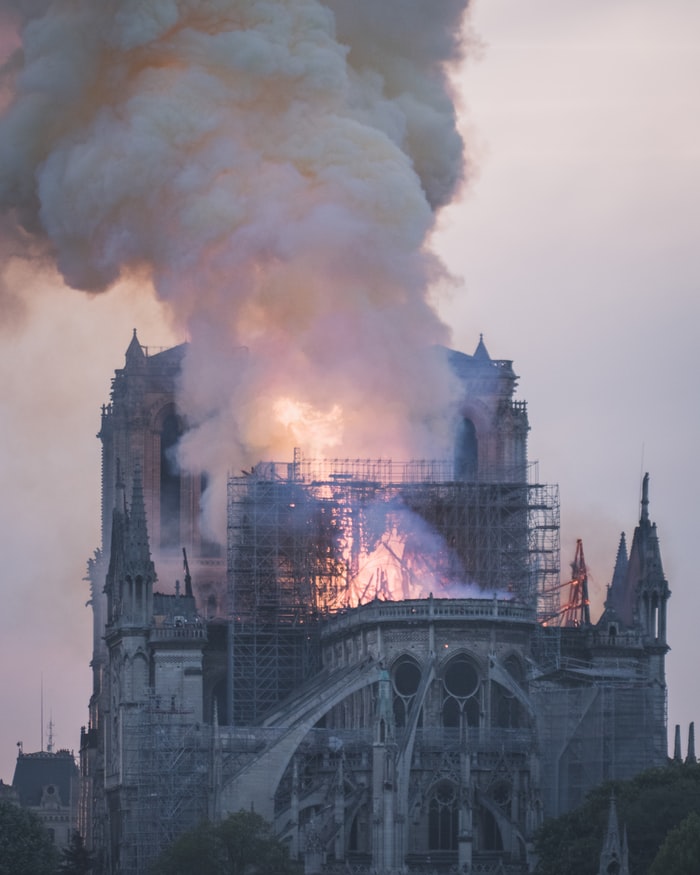 On 15 April, the cathedral caught fire. Some speculate that it was related to ongoing renovation work. Whatever the cause, the fire broke out in the attic at 6:18pm and took 15 minutes to discover – the fire brigade did not arrive until 7pm and could not save the spire of the cathedral, which collapsed at 7.50pm. By 9:45pm, 500 firefighters finally brought the blaze under control, but at the

The cathedral, like many others, has often been described as a “poor man’s book”. This means that in times when the average person was illiterate, the many statues and mosaics of churches and cathedrals would teach them Bible stories and Catholic lessons; for example, the many gargoyles represent the ills which befall those who do not adhere to church teachings, and the tympanum on the western portal displays an image of the Last Judgement.

The Notre Dame de Paris remains a powerful cultural, historical, and religious symbol of France. Impressively, it is still being used for its original purpose 800 years after its construction, unlike remaining castles of the time. While it is currently in a great state of damage, this will be remedied in time, and the cathedral will return to its original magnificence and splendour.